Raised in Northern California, David studied at UC Irvine, where he sang in

emceeing variety shows, and performing in the music department's annual

His acting career began in earnest in New York City.  In addition to continuing

to host large-scale talent events, he also played in sketch comedy groups and

was part of The Pied Pipers children's theater group for over four years.  He

sang in groups of all sizes, performing in such venues as the Paramount,

Madison Square Garden, and Boston Garden. He dabbled a bit in the technical

and production side of theater, as well as film, crewing for feature film locations

all over the city.  He also adapted, produced, and directed a successful audio

publication.  He returned to the stage to perform with NYGASP, the fledgling

CTP (for which he directed) and other small experimental theater groups.

Moving back to Northern California to be nearer to his family, David's career blossomed.  Since 1998, he has performed in nearly every theater in the North Bay area in musicals and plays, both contemporary and classical.  His experience has expanded to include television and commercials, voice overs, and directing for the stage.  With every project, David seeks to grow, and to inspire others to give their very best in the world of storytelling he loves so well. 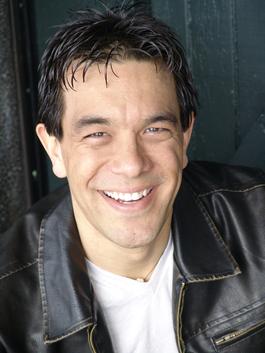 Garden and numerous other venues, and participating in the Renaissance Faire in Northern and Southern California

and Dickens Christmas Faire in San Francisco.  Have sung solo and in small and large ensembles (jazz, madrigal,